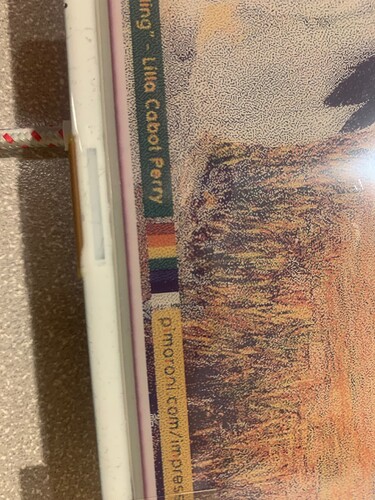 I would say that you’re seeing dithering in that image. To test the rendering of pure colours, you need to encode an image that only uses the 7 colours that the display elements use.

See how this image appears when you display it on the screen: 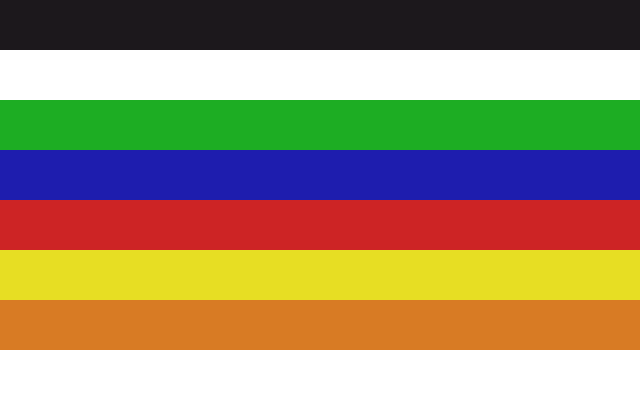 Ah, that looks significantly better. Is the dithering the fault of the images? If so, how can I avoid it in my own images? 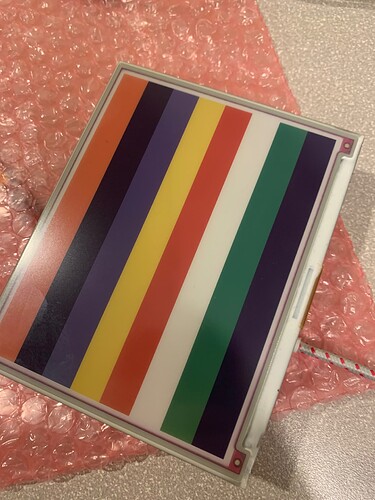 The dithering is caused by the conversion process trying to approximate certain colours using those in the palette. Perhaps the original image was created with slightly different colours.

If you are creating artwork from scratch, try to use those standard palette colours in your image’s palette. If you are converting images, such as photographs, it’s a little more difficult because you (or the image processing software) will be approximating many colours using dithering and those 7 standard colours. That’s probably fine for many photographs.

If an image has large areas where the colours are similar to those in the palette, but not quite the same, you could process the image so that those areas use standard colours instead. The image will look different to the original, but that’s probably going to be the case, anyway.