I have a Pi4 with a Breakout Garden. I have purchased the i2C Garden extenders in addition to the breakout garden. I’m attempting to add a second soil moisture sensor to the mix but I’m not having any luck when running sudo i2cdetect -y 1, I don’t see the second device. Does this breakout board support using non-breakout i2c sensors?
PiGreenHouse/DS-RPi4-GA-V1-9.py at master · DKCisco/PiGreenHouse (github.com) 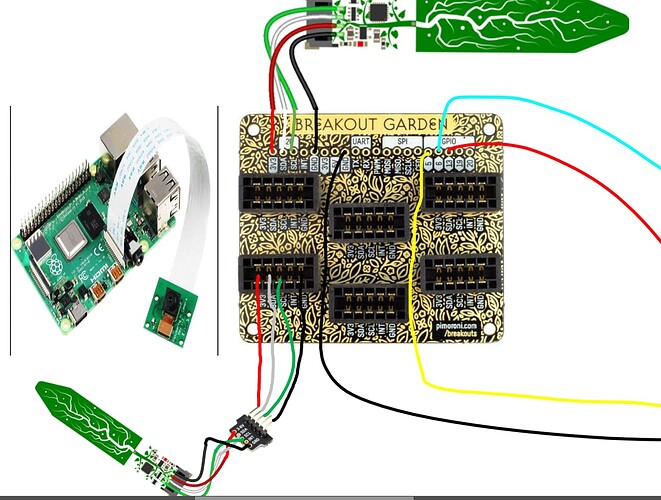 I can’t seem to get it working when connected without the break garden either so I this is not an issue w/ the pimironi breakout board.

Did you change the i2c address of the second sensor?
It’s done via solder jumpers on the back side of the sensor.

You can’t have two devices with the same i2c address on the i2c bus.

Also, the way those extenders are supposed to work is you plug the end with the round solder pads on it into the breakout garden i2c socket. The part with the white labels. The male pins on the header end will be pointing up. You then plug in jumpers with female contacts on the ends.
You could also remove the male header and solder wires there. 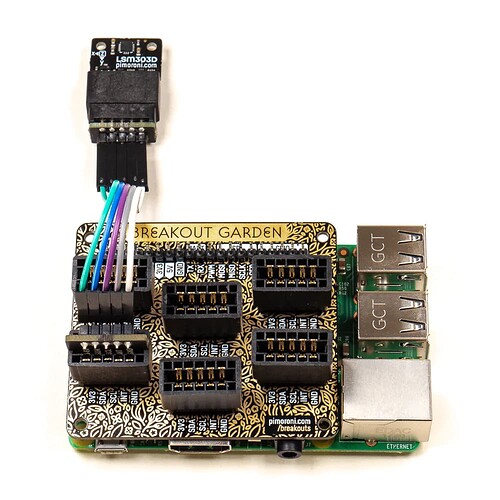 I’ll attempt this thanks.

do you know of any documentation for this? I’m struggling to find any.

I was able to find some documentation that the ao & a1 pins should be bridged. After doing this I can see the address increased by 2. Thanks!

Well done. You only needed to short AD0, but it won’t hurt anything by also shorting AD1.
You will also have to make adjustments in your code to use the second sensor with the first.