Can't get my Mote PHAT LEDs to do anything

I’ve just received my Mote PHAT + LED strips and installed on a Pi 4.

Does anyone have any ideas? 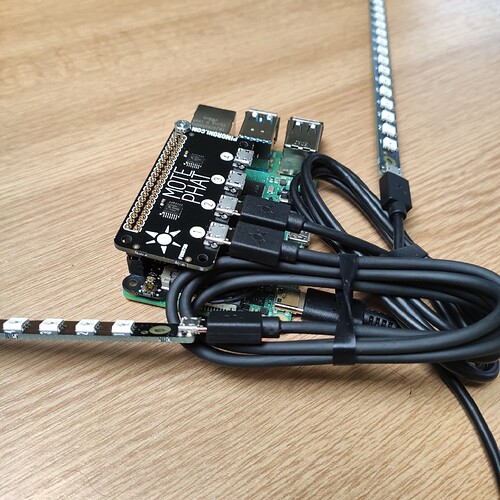 I think your issue is that the Female header requires soldering .

Yeah, just resting it on the pins is… not gonna work.

The Mote PHAT came with zero fitting instructions so I wasn’t even sure if it’s oriented the correct way (it fits both way round). Having fitted the Fan Shim last week I assumed, in the absence of any information at all, that it would operate in the same way and just sit on the GPIO.

Can anyone link me to fitting instructions, a guide, anything please? :-)

Thanks, So solder the the pins like this to ensure they make a good contact with the header? I’m guessing that having the USB port numbers (1-4) facing upwards is the correct orientation of the PHAT? 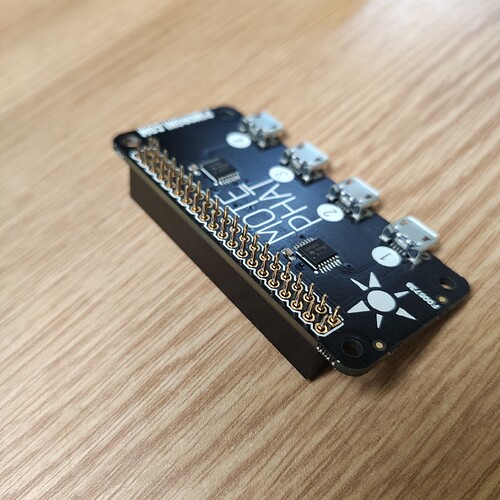 That’s the correct layout, as shown on the product page. 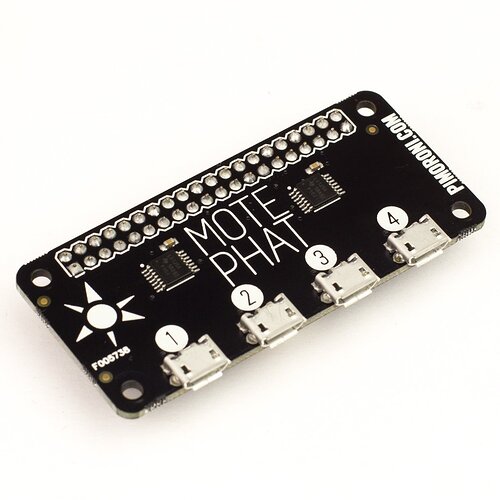 And it states on that page, Female header requires soldering

The shims are for the most part friction fit, but anything else that comes with a lose header requires soldering.

Got it. Like a lot of people, I’m fairly new to this. it might have helped if the instructions explained what the “female header” was. Part of the PHAT? The black plastic part that comes with the PHAT? Elsewhere in the store the black plastic component (the header) is described as a “booster header” component

Having soldered the header in place I’m up and running and all the test scripts work great across all the LEDs.

One question though; assuming the LED strips are connected to the PHAT and the PJAT is plugged into the Pi - what is the expected behaviour when the Pi first powers up from cold or if I restart it?

Currently I get a seemingly random range of LEDs turned on at power-up. If the strips are not connected when the Pi boots but are plugged in after it’s running, no LEDs are lit. In both cases the test scripts work perfectly across all the LEDs