I connected power directly to the pi and saw power and disk activity leds.

I realised the power button was upside down compared to the photos in the guide and guessed the led wires were wrong way around. So I disconnected the led wires and connected power across nc + no buttons. Hurrah, white led on picade x and purple led lit up on display board.

However the screen still blank. I’ve edited config.txt to hdmi_force_hotplug=1

Still nothing on screen and starting to lose willpower.

I’ve used the micro hdmi adaptor to connect the pi to a tv bypassing the display and can see retro pie startup screen though says no controller connected and pressing and holding any of the 10 buttons does nothing.

I’m at a loss. But at the moment the faults I think I have are.

I’ll attach a couple of photos, I’ve removed the screws from bottom of pi so I could swing it out and disconnect the hdmi easier. 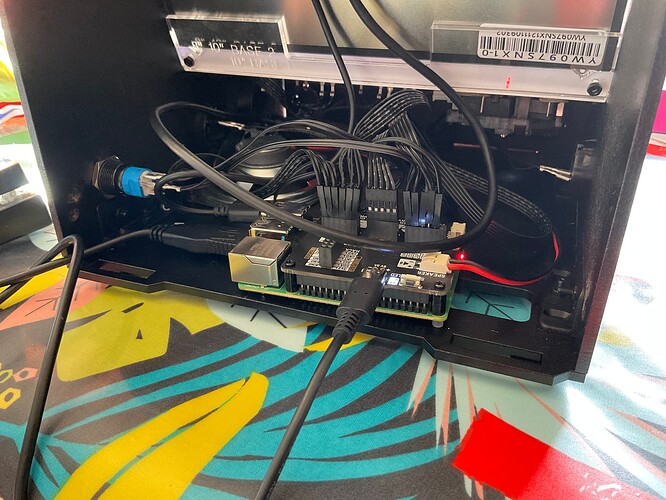 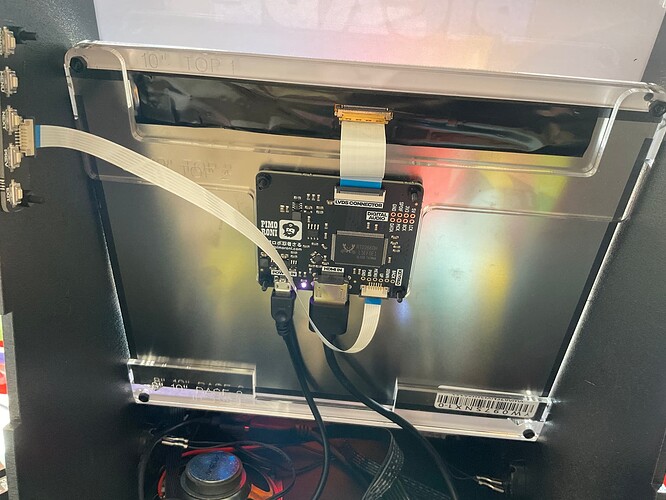 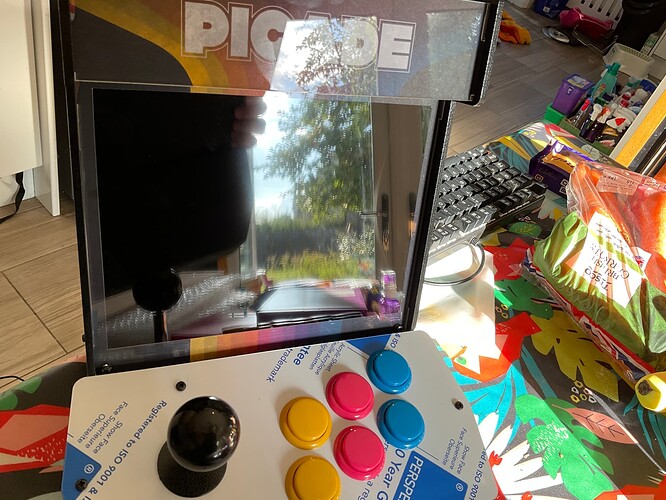