After going through the extensive and very usefull documentation on the Pimoroni site I got almost everything working (Sensors work fine). Except the screen. I don’t get it to work.

Question
Am I doing something wrong or is the screen just dead and do I need to get it replaced?

Might be worth giving the screen connector on the back of the pack (that’s this silver connector with rounded corners in the middle of this photo) a poke in case it’s been jiggled out of place during transit?

It’s probably also worth checking that the soldering on your Pico’s header is making a solid connection - happy to take a look if you post a photo?

Thanks for the reply.

I checked the solder joints. They all look fine and there are no bridges.

I also checked the silver connector. I gave it a poke but it seems to be connected tight.

The only thing I’m worried about is a small gap between the display and the board. But I don’t know if this is normal or not. 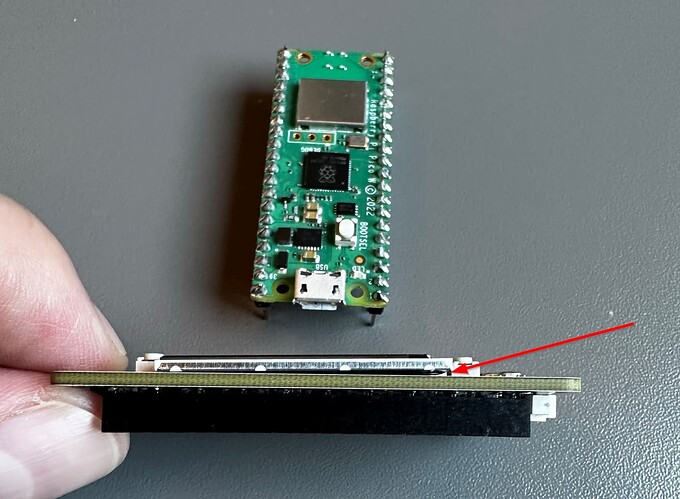 With the same Pico W (same firmware) I tested the according balls_demo.py and this display is working fine!

All looks fine to me (the screen being slightly raised at the edge where the ribbon cable goes in is normal).

If you drop a message to support via this form with a link to this thread and some proof of purchase from Kiwi they should be able to sort out a replacement for you.

Thanks for your help.