Dropped in your micropython-v1.17.uf2, ran the one button demo, fine.

I altered the text then found out how grim it is. I hope we get upper/lower case some time.

Whilst just playing with text, using thony under Linux Mint, I got into a state where these two lines locked up the pico and needed unplugging to regain access:

comment out the .text( line and it did not lock up
Eventually I got red/green/blue/white next to the 4 buttons. I have no idea what happened. You may have a bit of a problem.

More on this…
I could not reproduce the lock up due to printing, so I moved on to your balls, demo1.py.
I started altering the number and colours of the balls, I find that I regularly hit F5 and the display freezes - have to hit the hub power switch. I know why you invented the reset button now.

At least once the ball froze after starting.

Also the drawing speed is terrible, I tried some big balls and it almost grinds to a halt.

I guess your display is new and will improve and I don’t believe an interpreted over complicated language is the right tool for pico but I’m doing this for the grandchildren who are being pushed towards Python.

I’ve been doing a fair bit of MicroPython Pico coding with displays and you may find some help here: 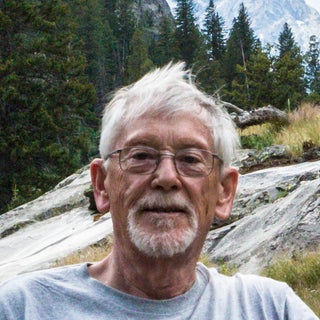 Retired teacher of computing - started 1967 with FORTRAN IV. I now play with development boards such as Raspberry PI, Pico, Arduino, micro:bit and Adafruit CircuitPython boards like the Insybitsy M4 and Circuit Playground Express.

I’ve started using the drivers from Waveshare rather than the Pimoroni UF2. They have an ST7789 driver which should work. The main problem with the large screens is that the screen buffer takes up so much of the available RAM.

Thanks Tony.
I’ve done something very rare for me, returned display and pico. I would have kept the pico but the display is such a tight fit I did not want to risk damaging it.

Basically it was an impulse buy Christmas present for a young granddaughter, it has to be simple and rock solid, it does not seem to be yet. Maybe next year. She’ll have to make do with some neopixels which do work well with Python/Pico and came from pimoroni who always give top service.

This pico is a funny old chip, better than an Arduino Nano but way behind an ESP32.